by Deep Patel
in Growth Hacking 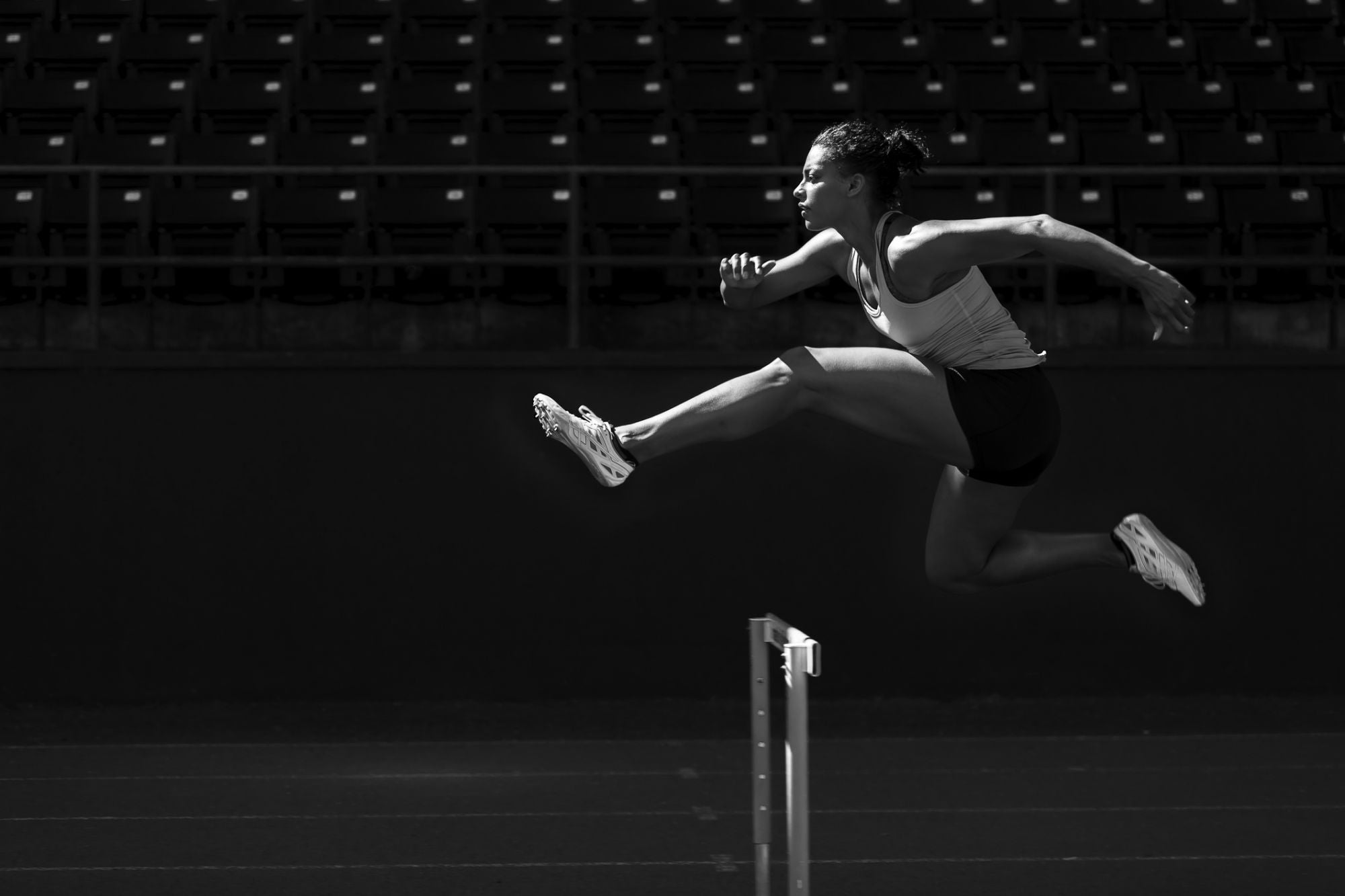 Great achievements begin with a goal and a plan.

Elite athletes push themselves to perform at an extraordinarily high level. Whether they’re winning gold medals or taking their team to the championships, elite athletes find ways to push their bodies and minds beyond what the rest of us are capable of.

While most of us will never be able to replicate elite athletes’ success on the field, court or balance beam, we can all learn from the traits that motivate them. We may not be capable of taking on the grueling training and unyielding competition that an elite athlete faces, but we all aspire to achieve our own successes and reach our own goals. We all seek to perform at the highest level possible and set ourselves apart in our respective fields.

By studying the habits and mindset of an elite athlete, we can gain important insights into how to translate athletic success into entrepreneurial endeavors. These 7 lessons from elite athletes will help you attain any objective you set your mind to.

Entrepreneurs may find themselves setting grand and lofty goals. Or they may have some vague notion of what they’d like to accomplish someday. But many creative types have a hard time coming up with solid objectives — both in the long term and short term — and often have difficulty devising a plan of action for how they’ll achieve those goals.

Elite athletes, on the other hand, know that nothing is going to be handed to them without a lot of hard work. They may have their eyes locked on an ambitious goal in the future, but they’re also firmly rooted in what they need to be doing in the present. In order to sweep competitions and win championships, they know they must set smaller “process goals.” Doing this helps them build their fundamental skills, as well as their confidence and their mental capacity to compete at increasingly higher levels.

Just as athletes must set realistic performance goals (such as determining exactly how much they will practice, or how much extra time they will put in beyond regular sessions), an entrepreneur must break down their overall goals into micro goals. You must be willing to invest time and energy into achieving each of those mini goals. You must be willing to go above and beyond to achieve each step of your plan.

Related: Why Entrepreneurs Are the Athletes of the 21st Century

Imagine standing on a field or in an arena and hearing the roar of a crowd, knowing that everything you have hoped and worked for comes down to your actions right here, right now. To become successful as an athlete, you must learn to perform to the absolute best of your ability, despite enormous odds and incredible stress and tension. Elite athletes don’t fear pressure, they thrive on it. Each moment in their sport is an opportunity to prove themselves, and they won’t allow themselves to back down or falter, no matter what the odds.

Similarly, entrepreneurs must learn to perform well under pressure, even in chaotic circumstances and uncertainty. An entrepreneur must maintain situational awareness and continue to make good decisions, even in the heat of a difficult moment.

The best way to handle pressure is to have confidence in yourself, no matter what the situation. It helps if you know you have done all you can to be prepared. When you’re feeling pressure and tension, take it as a cue that it’s time to focus and be ready to perform. Don’t panic, take a deep breath and charge forward. That’s what an athlete would do.

It’s easy to say that the best athletes are the ones who are faster, stronger and more flexible — the ones who have unique skills and talent. But there is something else that separates a good athlete from a great athlete — and it’s often just as important as raw ability and skill. It’s grit.

Angela Duckworth is an author and psychologist who studies what traits differentiate successful people and why. She has found that the most successful people have grit, which she defines as “self-discipline, combined with a passionate commitment to a task and a burning desire to see it through.”

If they want to be successful, entrepreneurs should cultivate grit. They must have resilience in the face of adversity, and the tenacity and determination necessary to reach their goals. They should maintain an optimistic attitude, but also be realistic and recognize areas they need to strengthen.

Believe in yourself and keep working toward your goals. Just as elite athletes must be unwavering in their resolve to improve, you must be willing to work tirelessly and persevere when you’re tempted to quit.

Related: Vince Lombardi on the Hidden Power of Mastering the Fundamentals

In the heat of fierce competition, an elite athlete’s mind is firmly rooted in the moment. They’re “in the zone,” meaning their attention is in the here and now. They’re only thinking about each step they must take to win and be successful.

Having their mental and physical capacities completely focused on the task at hand means they’re working as efficiently and effectively as possible. Nobody becomes a world-class athlete without learning to tap their full mental and physical potential, and maintain that focus under pressure.

Entrepreneurs must also learn how to be mindful and stay in the present. They will have their attention pulled in many directions as they juggle multiple deadlines and competing projects and issues. By staying in the moment, and staying focused on the task at hand, you’ll be more productive and will stay more engaged, allowing you to make the most of all those moments. This will add up to a major “win” for your business.

5. Use competition to push you further.

World-class champions have developed their physical ability so they can push themselves even when others would give up. They have the mental agility to endure pain, injury and what many of us would consider extreme physical suffering, all in the name of becoming a champion.

They do this because they know what they’re capable of and recognize that it’s only through exerting themselves beyond their limits that they can achieve their best results. They do so because they know it’s the only way to win.

Often, entrepreneurs and other “normal” people don’t know what they are capable of and never really push themselves to find out. We want to avoid putting ourselves in uncomfortable situations, and instead seek security and stability. There’s nothing wrong with that, but world-class success will never come from maintaining your comfort zone. Only in embracing competition and being willing to take chances and accept risks do we truly learn how far we can go.

Related: 5 Qualities Entrepreneurs and Football Players Have in Common

6. Learn from losing (and winning).

The reality of sports, and life, is that there will be winners and losers. All athletes know that they’ll certainly lose some of the time. It’s what you take away from the experience of losing, the lessons you learn, that will propel you to win. But even when you win, there are lessons to be learned.

One thing elite athletes learn from losing is that it’s absolutely worthless to point fingers or blame others for your loss. They know they must turn inward and examine their own performance, dissect their shortcomings and see their failures and missteps as opportunities for improvement. And even if an athlete manages to achieve victory, there were usually mistakes made, and areas where the performance could have been better, smoother and steadier.

The same is true for entrepreneurs, and for anyone who wants to improve at anything in life. You must realize that losing is a temporary condition. Every day is a new chance to learn, grow and succeed. Life isn’t a matter of “winning” everything, every day. True success comes when you learn from mistakes and grow beyond them.

While competition is a fundamental part of athletics, comparison can breed insecurity. Elite athletes hone their competitive edge; they use their talents and skills to their advantage. But they don’t allow themselves to get sucked into the comparison trap. Great athletes have learned (perhaps the hard way) that constantly comparing yourself to others can mess with your mental game and cause you to lose focus. Comparison can ultimately degrade your performance.

Good athletes are concerned about refining their skills, and they may use others as examples of how to improve and sharpen their abilities. However, great athletes seek to rise above others and compete at their own level.

Similarly, the most successful entrepreneurs strive to be their best selves, both professionally and personally. They define success as something achieved independently of others. They don’t allow themselves to become envious of others or see other people’s success as something that holds them back. Focus on yourself, and on your dreams and goals — that is the ultimate key to your success.