by Nicole Pajer
in Growth Hacking 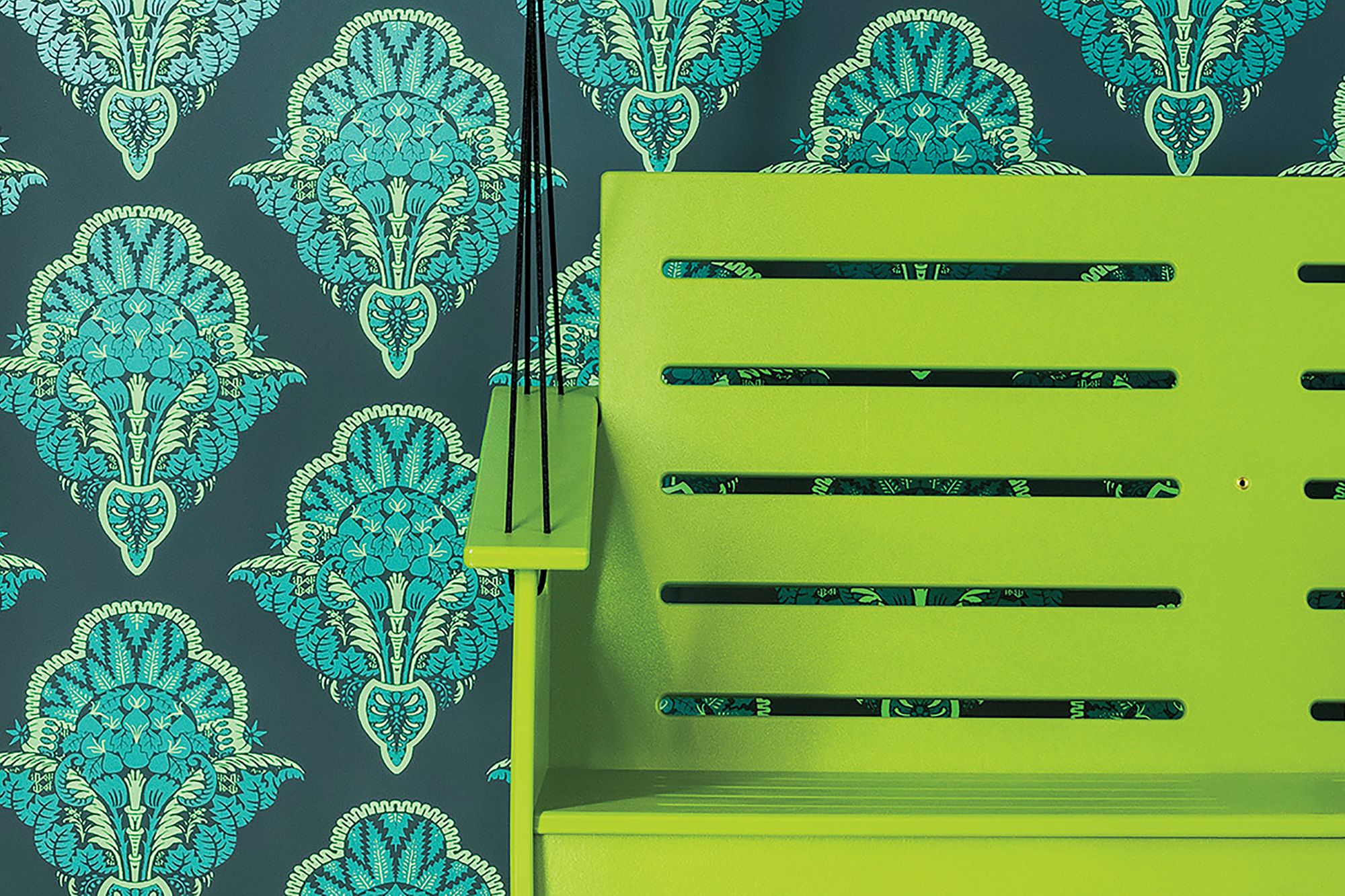 Living rooms, kitchens and offices can now smell like cannabis at the flick of a fingernail. Here’s how that happened.

This story appears in the December 2019 issue of Green Entrepreneur. Subscribe »

Companies have helped us smoke, eat, drink, and apply cannabis. But one clever entrepreneur is giving enthusiasts a new way to enjoy the plant — on the dining room wall.

In 2003, Jon Sherman was living in New Orleans and had an MBA from Tulane University when he stumbled into a career. He’d come across an abandoned wall­paper company and decided to rebuild it from the ground up to launch Flavor Paper. Now based in Brooklyn, his company creates off-the-wall designs for on-the-wall art — gorillas on holographic Mylar, Warhol-inspired blue Elvises, full-scale nature murals, just to give you an idea.

Back in 2007, Sherman commissioned the first of Flavor Paper’s scratch-and-sniff wallpapers, one of which is part of the permanent collection at the Cooper Hewitt arm of the Smithsonian. “We’d always thought it was going to be kind of a joke,” he says, “but it ended up becoming a thing.” As the team tinkered with aromas like cherry, banana, and citrus, another scent started hanging out in the back of Sherman’s mind. “I thought it would be an amazing thing to do cannabis wallpaper,” he says.

Does It Smell Like Pot?
The first step took longer than Sherman ever expected. Getting that dank, sweet smell right was a stumper. Aroma Release, the company that had developed the other wallpaper scents, went to work using all kinds of compounds, including fake terpenes. But every sample it sent to Sherman he rejected.

“We worked on it solidly for about eight years and tried everything we could think of to get close,” he says. “And we could never find anything that if you had your eyes closed and smelled it, you would be like, ‘That’s definitely cannabis.’ Finally, we came to the realization that if they micro­encapsulated the actual oils and terpenes from the product, similarly to how they’re breaking things down for CBDs and edibles, we would get exactly what we were looking for.” Aroma Release worked with a number of hemp companies to come up with a CBD oil and eventually found the magic formula. “We were like, ‘Now is the time!’ ” says Sherman.

Related: How One Cannabis Cultivator Eliminated The Skunk Smell

Maybe You See It, Maybe You Don’t
The Flavor Paper team immediately got to work on the design. Again, it was a challenge. All along they figured they’d use photographs of farms and plants and create something wacky like “Alice in Wonderland meets forest of weed.” But the images didn’t invite the scratch-and-sniff concept. So Sherman came up with another approach: a traditional damask pattern with elements of cannabis plants woven in that you probably wouldn’t notice if you just walked into the room, but once you were up close, “would provide a moment of discovery that might be a little bit more tongue-in-cheek,” he says. The scratch-and-sniff would be a sort of punch line.

Flavor Paper released its Cannabliss collection in May, and interest has been building. “Wallpaper is one of those things where we sell a lot of samples and then it takes a while for people to figure out where they’re going to put it,” says Sherman. “But we’re just starting to hear from all our showrooms and representatives that it’s really picking up.”