by Liz Brody
in Growth Hacking

This story appears in the July 2020 issue of Entrepreneur. Subscribe »

Maybe your article should be titled “What to Do When Your Panties Are on Fire. ha ha”

That’s what Spanx founder Sara Blakely emailed me after we talked. It was March. The pandemic had just begun.

Blakely is famous for a few things: She’s a rare female billionaire, the defining personality in the estimated $1.8 billion global shapewear category, and just about every photo of her features a showstopping smile bright enough to reach the nosebleed section.

But she has fallen on that happy face more than once.

“I believe a lot of really important, incredible innovation comes out of dark times,” she tells me. Spanx turns 20 this year, surviving September 11, the 2008 recession, and personal tragedy — and she expects no different now, despite closing her stores, watching sales slump, and losing a line of new product when a cargo ship caught fire. When we speak, she’s working from home, punting four kids under the age of 11 before they tackle her, and boldly reinventing herself and her company once again.

“Actually,” she confesses, “I’m hiding in a closet.” Here’s what she’s learned about crisis management.

“When I was 16,” Blakely says, “my friend was run over and killed by a car in front of me, and my parents separated. I was in a very, very dark place.” Before her father left home, he handed her a cassette series called How to Be a No-Limit Person, by the self-help author Wayne Dyer. “I put the tapes in,” she says, “and they changed my life forever.” She practiced letting go of what other people thought and not worrying about being embarrassed; she embraced the idea that the only way to fail was not to try. She learned that times of despair contained hidden blessings. And this, she believes, is what set her up for success.

First she got a job selling fax machines. It was brutal being kicked out of offices all day, every day. “I knew it wasn’t the right path,” she says. “After a really bad day, I wrote in my journal, ‘I’m going to invent a product I can sell to millions of people that will make them feel good.’ And through tears, I looked up at the ceiling and said, ‘OK, universe; give me the idea.’ ” The universe didn’t deliver quickly; two years passed, and her father suggested that she get a job at CNN or Coca-Cola in Atlanta, where she was living. She said no. “I actually made an intentional decision to stay in a dark place, because I felt that if I became content at a job, it would keep me from an opportunity to achieve something much greater.”

Eventually, she did hit on a brilliant new idea. It was Spanx. 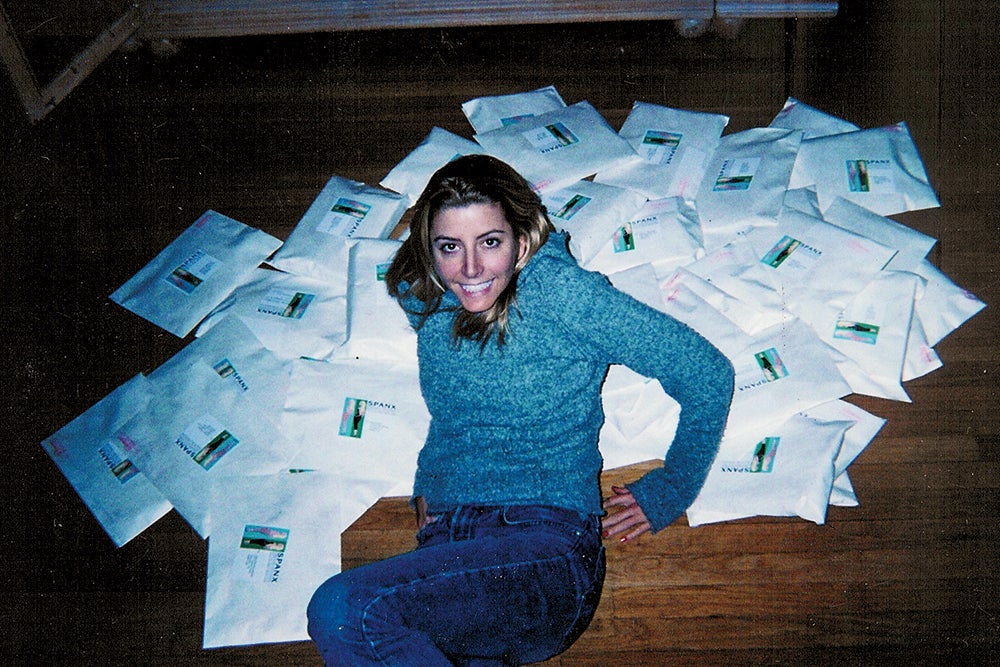 Strategy: Stick with your strength

Blakely launched Spanx out of her apartment in October 2000, and its Footless Body-Shaping Pantyhose quickly caught the interest of Bloomingdale’s, Neiman Marcus, Saks Fifth Avenue, and Nordstrom. But she knew this wasn’t enough; consumers and salespeople might not understand the new product. So she went on the road, doing promotions for seven hours a day in fancy department stores.

Related: 3 Survival Traits for Any Leader

“I took pictures of my own butt in white pants with and without the product, went to Kinko’s, got it laminated, and stood there showing women what it could do,” she says.

This gained her traction — but her enthusiasm would soon be tested. Blakely made a big decision to invest in an advertising insert, which would be sent out by Saks. And it arrived in mailboxes exactly five days after the attacks of September 11, when nobody wanted to think about shopping.

She wondered if she should stop her daily appearances. That fall, there weren’t many customers in the stores. But she did it anyway — and kept at it even after her best friend and roommate died in a horse riding accident a few months later. Emotionally drained as she was, she sensed it would pay off.

First there were the insights. Spanx was sold in the hosiery department—and because she was actually in the stores, she saw that almost nobody walked through there. So Blakely got busy. She stuffed envelopes with Spanx and placed them by cash registers throughout the stores. “I also realized I had to win over the sales associates,” she says. “So before my appearances, I would run around and ask everyone individually if they would come to a morning meeting, and I offered them free product.” Then she’d bait them with contests, like whoever sold the most Spanx that day would get $100.

“I ended up building a sales force, not on my payroll,” she says. “Store associates would grab their customers and say, ‘I have to take you to the hosiery department. You have to buy this new thing.’ It was this really intense time of bonding, because everybody was hurting and vulnerable, and I made very deep connections, even down to the ladies in the gift wrap section. That ended up being an incredible boost to the business, because once people started going back into the stores, all these salespeople were selling for me and rooting for me.” 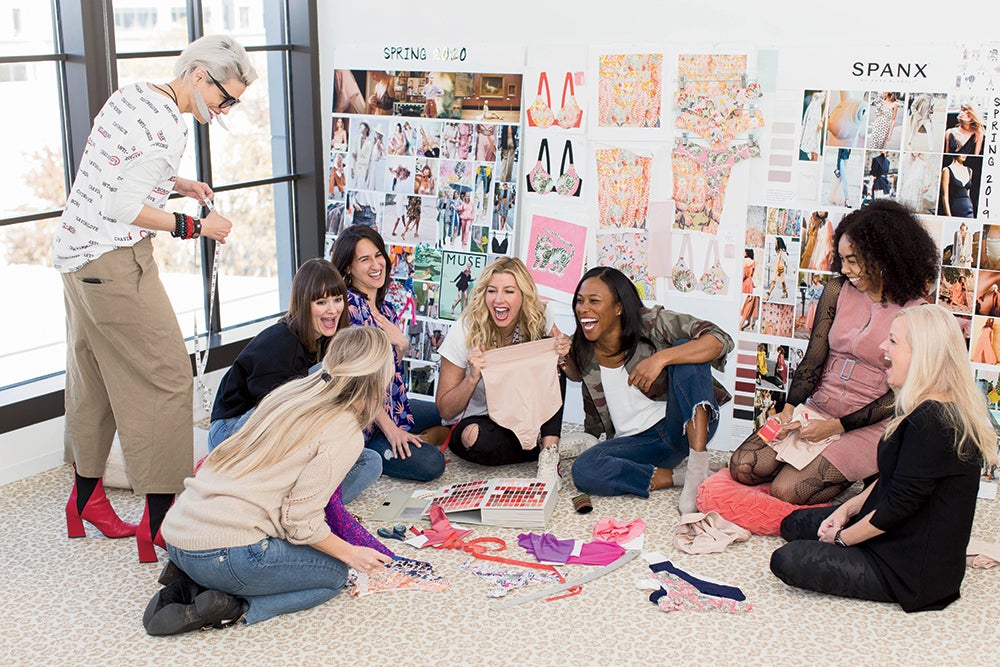 Many of Spanx’s competitors follow a Silicon Valley–style playbook: They raise a lot of money and then spend it aggressively to gain new customers. Spanx did the opposite. Even as the company took off, Blakely ran it with the tight grip of its new Power Panties. “We spent what we could to grow,” she says. “But we’ve never put growth for the sake of growth over profitability and running the business in a way that we felt we could weather storms.” That strategy kept Spanx stable during the 2008 recession.

To this day, Blakely has never taken outside money, owns 100 percent of the company, maintains zero debt, and does all PR and marketing in-house. “One thing that has sustained Spanx through a lot of obstacles is that we have a zero-based budget plan internally,” she says. “Every manager starts at zero each year and has to make a case for how the money they’re asking for is going to have a return on investment. It doesn’t matter what last year’s budget was — you have to start again from scratch and build it up.”

Although Spanx won’t reveal revenue numbers, Blakely says it has been profitable since its first month in business.

Related: 4 Simple Techniques for Successfully Branding Your Business During a Crisis

In 2002, two years after founding Spanx, Blakely hired a CEO to run the business so she could travel as the face of the brand. That worked for a long time — but by 2016, she felt that the company was off track. So she took over as CEO again and looked for what needed to change.

First she tried on every product, both produced and in the pipeline, and tossed about 80 percent of them. “I thought, Let’s dive deep and focus on only the best of the best,” she says.

Then she addressed the culture, which had veered from the mission. “I wrote down the things that contributed to my ability to overcome odds and take risks,” Blakely says. The list wasn’t exactly out of a business school textbook. It included her stints in sales, public speaking, debate, and stand-up comedy, and once she had it in hand, she created the Be Bold Bootcamp. Now every employee, regardless of their job, gets coaching in those subjects. The goal is to help people think out of the box while also being quick to see the upside in down times. “We’ll rent a comedy club, and everybody stands on stage and works on how to frame things in a funny way,” she says. “We’ve also held debate-offs at Emory [University]. Debate is about listening and compassion and seeing the other person’s point of view. It isn’t about ‘I win; you lose.’ It’s trying to find that win-win scenario.”

Not only did the reboot avert disaster; it led to innovation. Spanx had defined shapewear but now needed to be more. So it aggressively pushed its new Faux Leather Leggings. “That was an extremely pivotal moment because we truly became an apparel company,“ says Blakely. 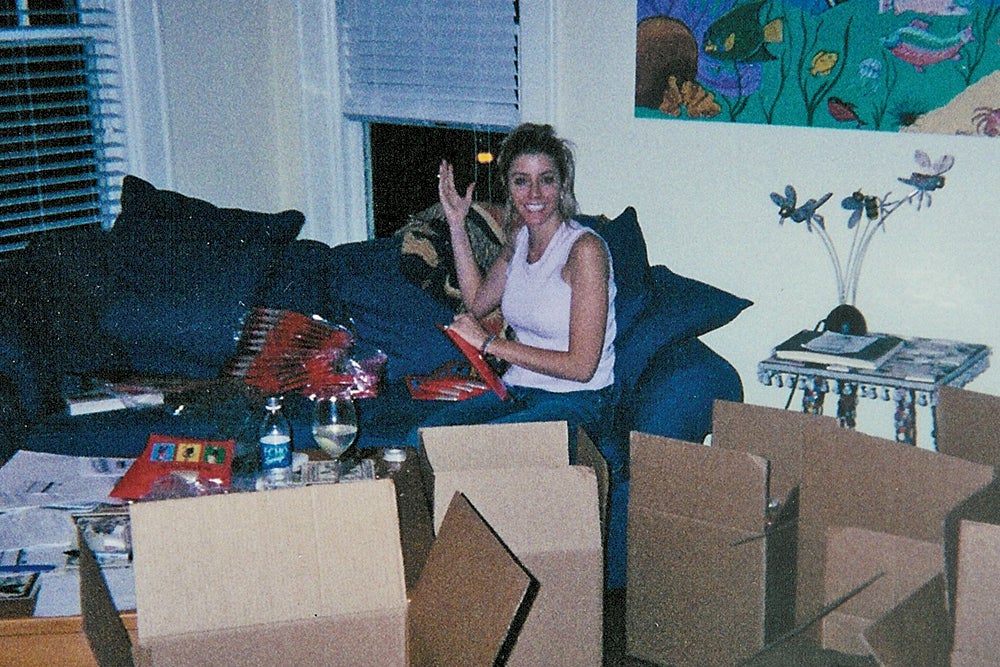 After a career of navigating (and gaining strength from) hard times, Blakely is eager to inspire a new generation to do the same. Most important to her is developing a strong personal mindset: “As an entrepreneur, that’s your greatest asset, and you should work on it daily,” she says. “I do.” One thing she has done is partner with 3DE, a national education nonprofit, on a module for high school students that teaches them to think for themselves and see opportunities. Currently it’s in 13 public schools and on track to grow.

Now, in the face of COVID-19, she’s been counting on that same mindset. Since March, Blakely has cut costs, scaled back inventory orders, brainstormed new products, and donated $5 million to help other female founders. With all her past crises, she was prepared for this moment and continues to ready for what lies ahead. “I’m in survival mode, but I have faith that it’s going to change,” she says. “We’re already learning as a company, and I have no doubt I am going to have some amazing inspiration.”

From X TO Z: Networking Across the Generational Gap