by Liz Wiseman
in Growth Hacking 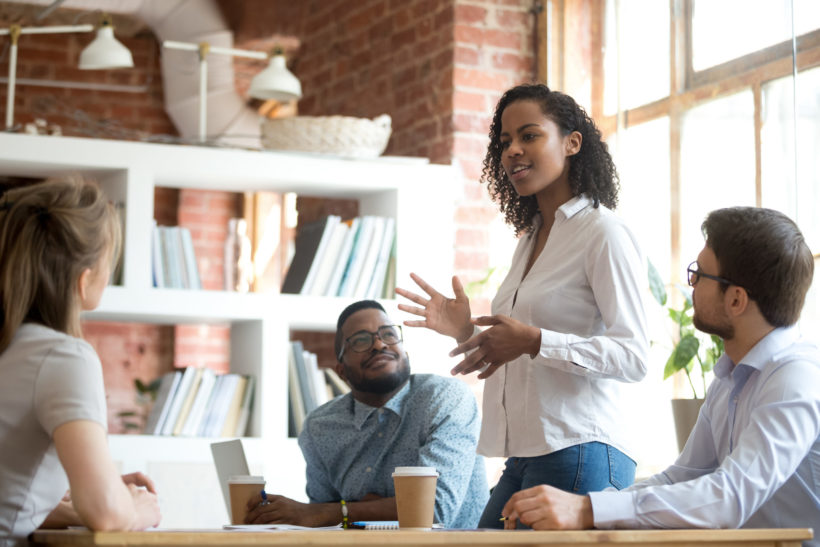 Modified excerpt from “Impact Players: How to Take the Lead, Play Bigger, and Multiply Your Impact” by Liz Wiseman. Copyright © 2021 by the author and reprinted by permission of Harper Business.

While everyone brings capability and intelligence to their jobs, much like a card game, some people seem to play their hand better than others. These people develop a reputation as the impact players within an organization. Managers know who these top players are and they understand their worth. Leaders come to depend on them and give them a steady stream of high-profile assignments and new opportunities. Their peers know who they are as well. Everyone seems to understand the value they contribute and can see the positive influence of their work, and these people seem to move through their careers with impact and purpose.

I have been privileged to work with many of these superstars in my years as a corporate executive, and I’ve witnessed their impact on teams and across the entire organization. I’ve also seen how the impact of their work creates a more meaningful and fulfilling work experience for them. Yet, I’ve also noticed smart, talented people playing below their potential. It’s hard to watch good people standing on the sidelines when you know they could be hitting home runs and winning championships.

Corporate leaders sense it but often can’t articulate it. They usually know who the superstars are and want more of them, but they struggle to explain what actually makes those contributors different. Typically they can articulate the more pronounced differences between their top and low performers; however, when it comes to their most influential, impactful players, the top of the top, there seems to be an ineffable quality about them. There is a certain je ne sais quoi in how they approach their jobs and an art form to the way they contribute.

Corporate HR and talent development professionals have tried to capture, understand and communicate these differences with a variety of tools, for example: performance management systems meant to stratify employees into performance categories and provide feedback to help people improve, competency models to define critical skills for success, statements of corporate values that prescribe the valued behavior. Yet most of these corporate values statements are too abstract to capture the nuance between behavior is acceptable verses truly impactful. On the other hand, the competency models tend to be too detailed; after all, few of us can remember these dozens of critical skills and behaviors, let alone develop the skills before they become antiquated. These efforts danced around the right issues but miss the subtle distinction between a contribution that is good enough and truly great and overlook the powerful beliefs behind the behaviors.

Meanwhile, professionals are hungry to make an impact. Sure, most people want a good job, but they also want to make a meaningful contribution – they want their work to matter and to make a difference in the world. They want to be engaged and to be respected for their contribution. Lacking clear guidance, too many consume career advice dished out on social media and served up in sound bites from commencement speeches. These sources may sound enticing, but they tend to offer the junk food versions of professional advice: pre-packaged, overly processed, and lacking in nutritional value.

Leaders too often overlook talent and intelligence that sits right in front of them. However, while leadership is an essential factor—and one that deserves further exploration—it isn’t the only factor. Leaders certainly bear the responsibility for creating an inclusive environment and providing the right direction and coaching, but the way the contributor works matters as well. As one manager described it to me, “You can’t multiply zero.” He wasn’t disparaging the individual’s capability, he was suggesting that it’s difficult to lead someone who doesn’t bring the right mindsets and practices. He’s right, and so is the math: managers may be multipliers, but the contributor is also a variable in the equation – the way they work determines their level of contribution, influence, and eventual impact.

As the workplace has become less hierarchical and more complex, numerous researchers, myself included, have articulated new models of leadership, but who has been studying the new model of contributorship? There are thousands of books about how to excel as a leader, but how does one become a top contributor?

Through the mind of both managers and aspiring leaders, I’ve come to understand what differentiates the most impactful players from everyone else and how small, seemingly insignificant differences in how we think and act can make an enormous impact. As you come to know this difference yourself, you can access this high-contribution, high-reward way of working, and you can join the ranks of the impact players, and find deeper meaning and fulfillment in your work.

The post What Makes an Impact Player and How You Can Be One, Too appeared first on StartupNation.

It's not all about the money. Workers are burned out, plain and simple.

After embarking on countless memorable trips together to Greece and Turkey, Rob van den Blink and two of his friends...

Subscription models: How can businesses capitalize on the latest corporate trend?

How Do You Spot the Difference Between a Trend and a Movement?

Chasing business trends may not always pan out, so make sure you're betting on the big picture.

3 Business Lessons From the World of Biology

Companies and living creatures grow in eerily similar ways. These lessons from nature can help you thrive-and avoid disruption.