by Imran Tariq
in Growth Hacking 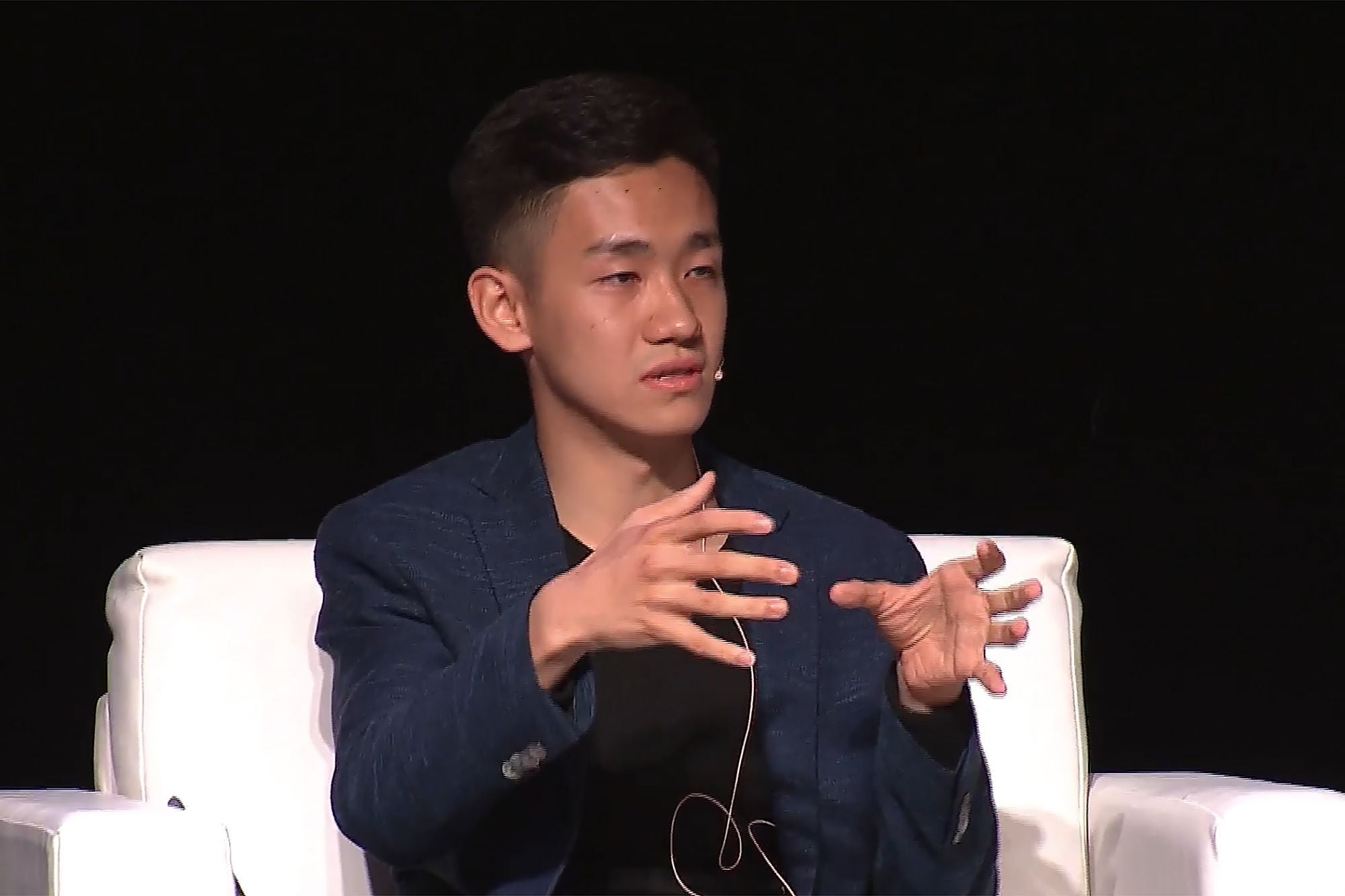 Yubo Ruan is sharing his advice to young entrepreneurs.

One of the biggest challenges of being an entrepreneur at a young age is being taken seriously. Now more than ever it’s a great time to be a young disruptor in business, but it’s hard to subvert the bias of age equals experience. And Yubo Ruan, the 21-year-old founder and CEO of 8 Decimal Capital, a crypto-focused venture fund with $60 million under management, is no exception.

Starting something young requires being resourceful. After all, with little experience or network, you have to make the most of what you have. And in Ruan’s case, this resourcefulness started from when he was just a kid hacking on some projects.

Related: How to Overcome the Struggles of Being a Young Entrepreneur

To learn more about the mechanics of how he raised his first fund for 8 Decimal Capital, I chatted with Ruan, discussing everything from his first exposure to tech and how he approached raising money.

Afterward, I condensed our conversation into four main points that any young entrepreneur can apply.

Hack on projects as early as you can

Though it is true that some people seem to learn faster than others, faster learning is often also attributed to getting started earlier. In most cases, simply putting more time into doing something can make you a lot better at it.

In Ruan’s case, his interest in science and programming was influenced by his dad, who taught physics at a university, he told me. Ruan’s father recommended he read Stephen Hawking’s Brief History of Time and Albert Einstein’s Relativity, both of which inspired him business-wise early on.

Related: Do You Need to Learn to Code?

Putting his interests in programming and business together, Ruan began working on a few small projects, which he never thought of as businesses. His first pet project was a gesture-controlled robot that could help his grandfather, who suffered from Parkinson’s.

Whenever he didn’t know how to build something or write an algorithm, he would search for solutions through online blogs and post questions on forums.

Having developed some engineering experience, Ruan went on to work on a slew of other projects, including what would become his first company, a sort of “smart” piggy bank devised to help students become more financially literate, Alisimba.

Ruan says getting started made all the difference. The early experience he developed building and selling Alisimba in addition to the investor connections he made allowed him to both raise his first fund and be a better investor and entrepreneur from an operations standpoint.

Being young isn’t always an asset — try to adapt

Though there’s a common belief that “age is just a number” in business, it is only really the case after you’re already doing well. Before then, your young age can often hold you back, as age and experience are often (falsely) correlated.

Related: Age Really Is Just a Number When It Comes to Entrepreneurial Success

Especially in Ruan’s earliest entrepreneurial days, investors wouldn’t even give him “10 minutes of patience” to even pitch his ideas, he told me. And with no network and personal money to bankroll his ventures, Ruan’s first experiences certainly sounded like an uphill battle much like the one that most young entrepreneurs face.

As time went on and he gained more credibility, Ruan saw it become easier to get meetings and forge partnerships, but he told me that having mentor relationships still made it easier to get investors or suppliers to take him seriously.

Related: Where to Turn When You Need a Mentor, and Why That Person Can Be Key to Your Success

The lesson seems to be that if you’re young and just getting started, there’s no shame in looking to hire those with more years of experience so that you can gain a more level playing field.

Timing can be more important than executing well

With the complex nature of business, it seems that being able to execute well is at the top of the ranks when it comes to the most useful skills a founder can have. But at the same time, don’t forget — the right idea and execution with the wrong market timing can also prove to be ineffective.

Related: Here’s The Right (And Wrong) Times To Launch A Business

For instance, when we think of the ridesharing market today, it seems pretty crowded. But back when Uber was started, the mere concept of ridesharing was both nascent and seemed like a pretty big bet against the age-old taxi industry.

Ruan sees market timing in a similar light. Instead of looking to the autonomous vehicles market, big data, or something else that’s hot in tech right now, Ruan saw the opportunity to focus on crypto.

“Right now, we’re at the first stage where crypto’s infrastructure is truly being built,” he told me. And by making 8 Decimal Capital a crypto-focused venture fund, Ruan could hedge a bet on changing the current banking system, believing the market could unlock opportunities for the 2 billion people today who don’t bank with any institution.

Would a crypto-focused fund be possible 10 years ago? Probably not. The adoption simply wasn’t there. But now? We’ll still have to see, but the market is certainly turning red-hot and we’ll start to see some winners and losers in the next few years.

The point is, in order to win, you have to start by picking a good market.

Though there are a lot of benefits to being ambitious and moving fast, it’s also not so bad to just start small, do something really well, and keep growing from there. For instance, when Ruan was in high school, there were certainly a lot of skills he didn’t have at the time. At that point, jumping straight into software work that is usually reserved for PhDs to do probably wouldn’t have been a good idea. By starting with a simpler idea, Ruan was still challenged, but it was something more doable. And he showed that, as he was eventually able to gather a small number of users and raise a bit from investors to scale.

Eventually, with the mentality that you don’t have to bite off more than you can chew, Ruan slowly but surely grew Alisimba to over 20,000 customers before selling the company for more than $30 million in 2017.

That start small mentality proved to help later on too when Ruan started 8 Decimal Capital.

Though he was a little more seasoned as an entrepreneur compared to before, investors were still initially unwilling to give him the $60 million he wanted to raise. He knew this.

So instead, Ruan requested smaller amounts of capital proved he was a good manager. From that point onwards, Ruan was able to convince more and more LPs to support what would become a $60 million fund.

The lesson? You don’t have to do everything at once. Go ahead with the ambitious vision and don’t go too slow in executing it, but empires aren’t built overnight.

How two ordinary people achieved great success in their podcast journey, and how you can too.

The Four Bs of Planning a Successful Conference for 2021

This Weekend Is a Chance to Save Small Businesses

There has never been a more crucial Small Business Saturday than this year's.

The anatomy of a negative SEO attack