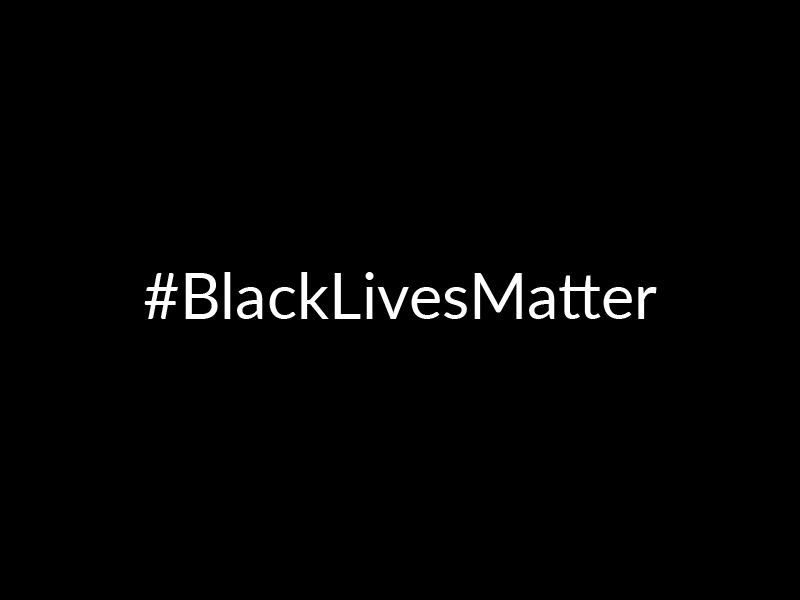 The time to use our platforms and privilege to speak out against the deep racism that plagues our society was years ago. I regret staying silent in those moments. The next best time is now. Silence is harmful because it prioritizes the comfort of those of us who benefit from racist policies at the expense of those exploited and victimized by them.

It’s not enough to simply “do no harm” or “not be racist.” That well-trodden path has produced the same brutal results again and again. At Moz, we’re moving to a higher standard. The creation of a more just world requires us to be loudly, unceasingly anti-racist.

We must acknowledge that human rights exist beyond politics.

We must hear and validate the lived experiences of people of color and amplify their voices.

We must show up.

We must reinforce, loudly and often, that Black lives matter.

This is an uncomfortable conversation for most of us. We’re afraid of saying the wrong thing, offending people, losing relationships, jobs, customers, and in some cases physical safety. By design, white supremacy has made it uncomfortable to speak out against white supremacy. Fearing angry backlash for speaking out against the risks and injustices people of color face every single day only serves a system designed to keep us silent — a system that has been shaped over centuries to oppress and exploit people who are not white. At Moz, we will practice the courage to speak out and show up for love and justice. Maya Angelou said wisely, “Courage is the most important of all the virtues, because without courage you can’t practice any other virtue consistently.”

Today, we express solidarity with Black people grieving the losses of David McAtee, George Floyd, Breonna Taylor, Ahmaud Arbery, and many, many others. We share and honor the outrage rippling through our country. We stand with you and we stand for justice and love.

We want to amplify the signal of inspiring people doing powerful work. Activists like Rachel Cargle and her work on The Great Unlearn project. Resources like the Intentionalist, an online directory that allows you to discover and patronize diverse local businesses in your community. Ijeoma Oluo’s So You Want to Talk About Race illuminates the harsh reality of police brutality, inequitable mass incarceration, and other lived experiences of Black people in the United States and gives us tools to talk about race and racism. EmbraceRace is an organization focused on helping parents, teachers, and community leaders raise children to think and act critically against racial injustice. Ibram X. Kendi’s How to Be an Anti-Racist asks us to think about what an anti-racist society might look like, and how we can play an active role in building it. Ross Gay’s poem, A Small Needful Fact, is a powerful memorial that says so much in a few beautiful words. I invite everyone to re-read or listen to Martin Luther King Jr.’s full Letter From a Birmingham Jail. His statements and questions are heartbreakingly relevant today. May you be moved beyond thought to action, as we are.

Be well and love each other.

Editor’s note: We’re disallowing comments on this post to make sure the focus remains on the problem at hand: the indiscriminate mistreatment and murder of Black people in the United States. In addition, we will be forgoing our typical publishing schedule to make space for the more critical conversations that need to be held.

Coming up with Google advertising ideas is challenging. However, it’s well worth it to have a solid strategy. With around...

How to Build a Sales Forecast Model

In an ideal world, sales teams and business leaders would have crystal balls to help them predict accurate sales forecasts....

Three critical PPC trends to watch for in 2021

30-second summary: The PPC world is ever-changing. Today’s trends may not be in the picture tomorrow People will start focusing...