5 Company Naming Mistakes that Can Kill Your Startup

by Phillip Davis
in Startup 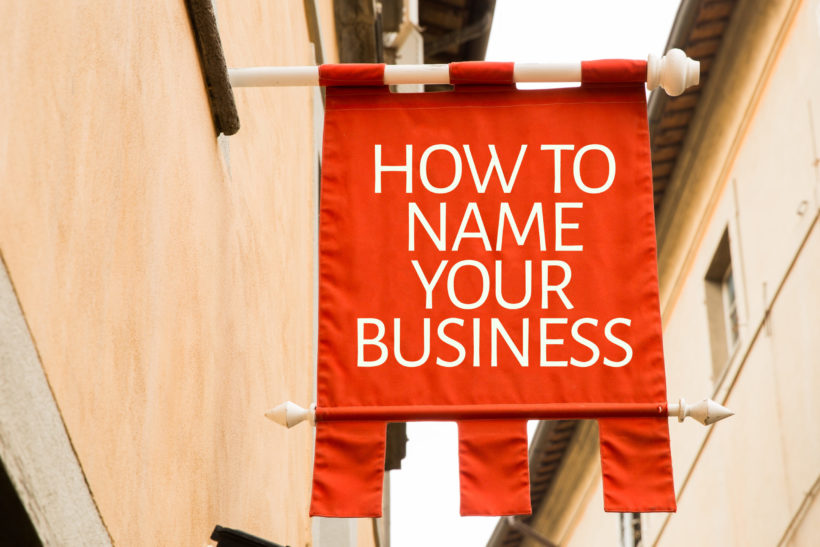 In the fervor of starting a new business, it’s easy to overlook the long-term impact of a quick company naming decision. Most new business owners worry first and foremost about the more pressing issues of cash flow, staffing, leasing, signage and inventory. The company name will work itself out, or come with the help of family and friends (or so the thinking goes.) In the rush to get to market, it’s easy to think the business model itself will carry the day, the pure genius of the idea will shine through and everyone will “get it.”

That’s not always the case.

In fact, the wrong business name can often be a business killer, either right up front, or gradually over time. Before putting out your shingle, make sure the name is well thought out and avoid these five potential naming nightmares.

1. Using a literal or descriptive name.

This is perhaps the most common mistake of all. The thinking is that the customer won’t understand the business unless it’s described in literal terms. This leads to all sorts of short term and long term problems. Not only are the names common and uninspired, but they offer no clue or insights about the company. They read like Yellow Page headings and can reduce your company brand to a seeming commodity. In the case of one client, they had gone with Wholesale Landscape Supply, a seemingly accurate name, except that 25% of their business came from retail customers willing to pay higher margins. Returning customers had to be reminded of the bland name when writing out checks, and getting to the top of Google was nearly impossible due to the thousands of companies using similar names. Changing the name to the more evocative and memorable Big Earth Supply created more interest, retention and traction. Sales went up 200% year-over-year.

Related: The Naming Book: A Lesson in Branding from Evol Foods

2. Basing the company name on a product or service.

Companies evolve and adapt to meet customers demands. This means that the initial business offering will often change. If the product is the centerpiece of the company name, that often spells problems. CompUSA built their company name around their (then) hot product line, only to then fight the perpetual notion that they only sell computers. RadioShack has struggled for years to overcome an outdated image and stay relevant. Better to go with an attribute-based name, such as Best Buy or a more timeless name such as Target. For a while, Burlington Coat Factory spent their ad dollars proclaiming “We’re more than just coats!” Midas was able to transition away from selling just mufflers by using a metaphor for their brand name, King Midas, with the proverbial “Midas touch.” (Much better than Mufflers & More or Muffler City USA.) Avoid pigeonholing your company right out of the gate by naming it based on temporary offerings.

The default company naming strategy is to go the geographic route…using a city or area name as the business moniker. This decision is rife with pitfalls. First, it provides no clue as to why any customer would ever want to buy from you except that you are close by. And if location is the only reason for choosing your firm, you might want to rethink your business model. Second, if you ever expand (which successful companies tend to do), then the name becomes restrictive. When an out-of-area dermatologist recently came to town, he brought his out-of-area company name with him, creating an immediate disconnect. What starts off as a competitive advantage (Hey! We’re local!) can often end up creating roadblocks to future growth. Base your company name on your core strengths and you’ll go much farther.

4. Using a meaningless acronym to spell out your identity.

In an effort to shorten a long name, or as a way of including family member initials in the company name, business owners will often resort to acronyms. These sound-a-like names quickly become painful conversation (and business) stoppers as clients repeat “Is it G-J-N Sales Associates or J-G-M Sales Associates?” This can trigger an awkward explanation such as, “No, it’s Jill, Gary, Muffy, Sales Associates, based on the names of my two oldest kids and our nine-year old cat.” Nowhere in these cryptic acronyms is there a place to move the conversation forward about your products and services, or the benefits of doing business with your company. Resorting to military shorthand is a bad way to start off a new client introduction. And once again, search engine ranking becomes a major issue as you compete with thousands of other “alphabet soup” company names.

5. Relying on your last name as your first alternative.

For a number of startups and solopreneurs, the obvious choice is to simply use their surname as their company name. On the surface this appears logical, but this naming strategy can backfire as well. Last names are much like invented or coined names in that they are intrinsically meaningless. As such, you will need to build value in the name/brand over a period of time. That’s why a number of strong brand names are in fact last names, (e.g. S.C. Johnson, E.F. Hutton, etc.) They have years of hard-earned sweat equity behind them to back their message.

Most startups don’t have the luxury of time to build their brand name. They need a head start, and last names provide little help in differentiating a company from the masses. In addition, last names can be either too common or too difficult to say and spell. And it the longer term, they can prove a hindrance when it comes time to sell the company (something that might seem the farthest thing from your mind right now.) Who wants to own a company with your name on it? It’s like selling your home with all your family pictures on the wall. Unless you have enough years to build your reputation over time and through your actions, it’s best to find a company brand name that speaks to your abilities here and now. In this case, (last) naming dropping could be a good thing.

Building a long-lasting, attribute-based company name can add value to your business and reduce customer confusion. By creating a clear, compelling and creative brand name, you can put the odds of entrepreneurial success in your favor, while avoiding costly marketing mistakes.

The post 5 Company Naming Mistakes that Can Kill Your Startup appeared first on StartupNation.

Learn how you can fund your primary hustle with your side hustle.

Setting a strategy and choosing the right visa are critical for immigrants starting businesses in the U.S.

Why uncertain times, such as the one we're living in now, can be fuel for startup success.

Epic Investor Fail: Why These Entrepreneurs Got Thrown Out Of Our Boardroom

How to Conquer Your Fear of Starting a Business

It's all about finding the courage to take the first step.