by Jeff Sloan
in Startup 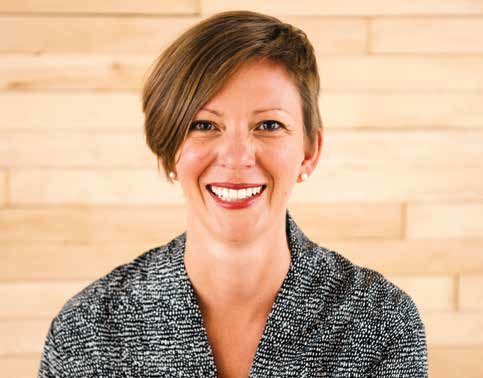 Entrepreneurs, business leaders, and innovators possess a unique driving force that pushes them to be the best version of themselves in order to elicit change in the world. Jessica Robinson, a leader in the mobility industry and a champion of the city of Detroit, believes in driving change for the social good through innovative and progressive thinking, and the execution of bold initiatives.

Born in Colorado and raised in Massachusetts, Robinson found herself on the West Coast at the beginning of her career. With a bachelor of arts degree in anthropology and a background in consumer-packaged goods, she transitioned to the mobility space through a key field leader role with Zipcar.

“We were trying to change people’s access to a car, so instead of owning one or dealing with the hassle of renting one, we were trying to make that process easier,” Robinson says. “For me, the  conversations I had with our team members at that time really hooked me into what a fascinating industry this was (and), frankly, how important the ability to move is to all of us.”

While working in growth, operations, and marketing for Zipcar across North America, Robinson had the opportunity to launch the world’s largest car-sharing organization in Detroit — and she never left.

When she moved to Detroit, the city had just filed for bankruptcy and wasn’t an ideal location for new transplants. However, as she began working and learning about the local transportation needs of Detroit’s residents, Robinson recognized the opportunity to not only make a difference in the mobility sector, but to also be involved in a meaningful way in making positive change in her newfound community.

“I wasn’t ready for the disparities that I saw (when it came to) opportunity for people, whether it was education or quality of housing or access to government services. What I saw was … that you couldn’t just ignore the fact that there really was a mandate to do well for your company, but, frankly, also to be involved in a meaningful way in the community,” Robinson says. “I didn’t see that level of community or civic engagement in the other places I had lived. It really is something that sets Detroit apart from
other cities in the country.”

After relocating to Detroit, Robinson joined Ford’s Smart Mobility team, where she led the development of next-generation mobility efforts. Today, she’s cofounder and a partner in Assembly Ventures, the first transatlantic mobility-focused venture capital fund in the world. In her role, she invests in and strategically supports entrepreneurs and mobility companies.

“I don’t think there’s anyplace in the world where you see the importance of transportation and economic mobility as you do in Detroit.”

Robinson is also a founding board member and chair of the Michigan Mobility Institute, an organization that accelerates the development of talent for the mobility industry through educational workforce development, upskilling programs, and postsecondary degrees.

“I don’t think there’s anyplace in the world where you see the importance of transportation and economic mobility as you do in Detroit,” Robinson says. “Doing this work while in Detroit, and (being) connected to the community here, keeps me grounded in reality. Yes, there’s high-flying technology, but what’s the point if it doesn’t help make movement easier for those who will ultimately use it?”

In her own words, Robinson lives a life of purpose by investing her time and energy into work that helps drive change.

“Increasingly, I’m thinking about how I can build places or spaces or tools that allow other people to plug in, and have an impact and make space for others to add their own voice or talents — whether it’s working with startup founders or bringing together a community of entrepreneurs focused on mobility,” Robinson says.

“That’s what’s really exciting to me, because then it’s not about my one vision. It’s about bringing the best of those ideas together and giving them the light of day, where they wouldn’t have before. I would be much prouder to have created the space or the opportunity for someone to bring their idea to life than my own.

Originally published in the September/October issue of DBusiness.

Take an honest assessment to see if this life is for you.