An Inside Look at Michigan’s Prosperous Venture Capital Community

by StartupNation
in Startup

If you’re a startup company looking for capital, today’s show is for you! On this special edition of StartupNation Radio, Jeff shares a conversation with Ara Topouzian, executive director of the Michigan Venture Capital Association and RJ King, editor of DBusiness magazine, on the status of venture capital in Michigan today. 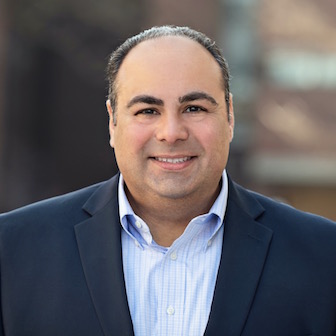 Jeff kicks off the show by discussing what venture capital is, why it’s important and why entrepreneurs must know about it. During the discussion, Jeff, Ara and RJ discuss notable deals being made in the state of Michigan by VC firms today, the critical role follow-on funding plays and more.

Tune in to the full show, below, to learn more about the venture capital community in the state of Michigan:

The post An Inside Look at Michigan’s Prosperous Venture Capital Community appeared first on StartupNation.

Before you jump in and create the restaurant of your dreams, review the key parts of the dining room and...

Instead of slapping together a description of your goods, use this five-step plan to create listings that draw in customers.

The 9 Skills It Takes to Succeed as a Freelance Writer

Not everyone is cut out to be a freelance writer, but if you have the following nine skills, you've got...

What You Need to Know Before Starting a Food Service Business

Before you jump into this competitive industry, it helps to know who your diners are and what type of trends...

10 Side Hustles You Can Start This Summer From Your Couch

Make some extra money this summer.

The Post-Pandemic Playbook for Small Businesses

How Entrepreneurs Can Harness the Power of the Booming Gaming Industry

How to Use Google Alerts for PPC Research