by Matt Blumberg
in Startup 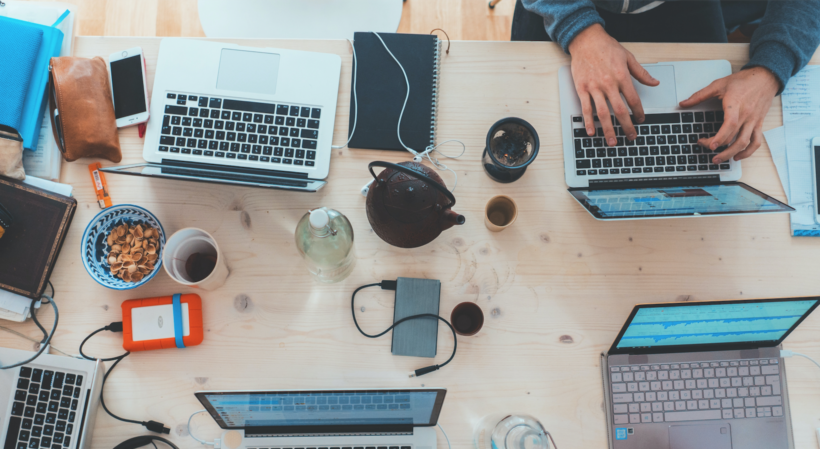 The following is adapted from “Startup CXO: A Field Guide to Scaling Up Your Company’s Critical Functions and Teams” by Matt Blumberg.

This Is Why It's Critical to Avoid Employee Misclassifications

In April 2020, just as the pandemic was beginning to wreak havoc on markets, commerce, communities and the general public, I started a business along with a group of friends. That’s not as crazy as it sounds because entrepreneurs started businesses in record numbers in 2020: there were over 4 million businesses formed last year in the U.S. according to the U.S. Census Bureau, and record numbers of startups in France, Germany, Japan and throughout the world. What might be crazy is that I started a company at age 49 — a full two decades after my first startup.

Most people think of startup tech founders as a couple of people in their early twenties living in their parent’s basement or couch surfing somewhere while they work 20-hour days, stopping only for the occasional bowl of Ramen noodles. That perception is common in large part because of a few wildly successful entrepreneurs (think Bill Gates and Mark Zuckerberg in their teens when they founded their companies, or Steve Jobs at age 21 when he founded Apple). But thinking that entrepreneurs are mostly young is largely wrong: According to researchers at Wharton Business School, most startup entrepreneurs who are successful start a business in their 40s, like me and my founding team.

Regardless of age, though, people founding companies face an uphill battle to survive. Twenty percent of startups fail in the first year, and even after five years, half of all startups will have failed. As a repeat founding team, we have one huge advantage over the first-time entrepreneur: we’re not seeing issues and challenges for the first time. Our team has a lot more confidence, and although we don’t know everything about the business we’re building, we know how to build a business, how to scale it up, how to manage a software company, how to be service-oriented, how to lead a team and how to plan and execute our business model. Confidence in all those areas means large portions of our day and brain space are freed up to focus on the actual construction of the business without worrying if we’re doing things right or wrong. Because of our accumulated experience, we’re able to work smarter, not harder.

But if you’re starting a business for the first time, then what? What do you do if you don’t have extensive experience? Here are several pieces of advice that I learned the hard way:

First, not every successful company starts in an accelerator

Sure, you could try to get into a seed accelerator like Y Combinator, Techstars, 500 Startups or any one of a hundred others, but with acceptance rates at about 1 percent (yes, 10 teams accepted out of 1,000 applicants), it’s tough. And while the accelerators promote their unicorns, they rarely provide full transparency on the companies that fail or limp along. Your results might not improve that much over going it alone. And, of course, if you have any business idea that is not an app or focused on digital technologies in biotech, fintech, agtech, direct to consumer apps or any other “flavor of the day,” you’re unlikely to generate much outside interest — but that doesn’t mean your idea isn’t worth pursuing or that you’re destined to fail.

Second, the idea, whatever it is, is not as important as most first-time entrepreneurs think

What entrepreneurs really need is a team of talented people to help usher that idea into being, to validate it with customers and to improve it based on feedback and what the market is telling them. People are the most important part of any business but especially so in a startup where you don’t have processes in place, where your culture isn’t defined and where your values might still be forming.

Most venture capitalists and investors bet on the team — the founders and leaders — and not just on the idea. They don’t invest in a startup merely because of the potential of the idea or because it has a clever name, a catchy website or an entrepreneur’s unbridled enthusiasm. They invest because they believe in the people behind the idea.

Related: Here’s Why Market Timing is Everything When it Comes to Startup Success

Third, one of the best uses of your time as a startup entrepreneur is to invest in yourself, in your team and your company

And by “invest,” I mean to take time to really understand all the functions of the company, to learn about the specific challenges, metrics and milestones of every function and to think about how your part of the business impacts other parts. Then, your task is to assemble the best possible leadership team you can have for all those functions, whether it’s full of experienced people or youthful exuberance.

At both our first and second startups, we created a critical operating practice of “First Team” where every CXO’s first responsibility and highest priority was to the executive team, not to their own function. The idea of First Team was advocated by Patrick Lencioni in a number of his books, particularly in “The Five Dysfunctions of a Team” and “The Advantage.”

Believe me, this is easier said than done because each CXO is focused on “their” part of the business. As the CEO, you need to understand that each function is important in different ways, at different times and in different combinations. While it’s the CEO’s job to balance the functions out — to figure out which lever to pull at which time — it’s the CXO’s job to be at the ready when their lever is pulled. A startup where CXOs are focused on their part of the business to the exclusion of the whole company is not sustainable. I believe the First Team concept is one of the main reasons that startups survive and scale.

Finally, remember to keep everything in perspective, and don’t be so hard on yourself

It takes time to build a successful business, and it’s not linear: there are ups and downs, days of joy and misery and surprises — both good and bad. Building a business is a creative process, and there will be lots of things that you’ll be seeing for the first time. One of the best ways to tip the scales in your favor, especially if you’re a first-time founder, is to learn what you might see in the future as you’re scaling and to get that perspective from others.

It’s nearly impossible to be successful in a bubble, so seek out some mentors, find other founders you can talk to or read some books. Both of my books, “Startup CEO” and “Startup CXO,” are written to help people develop a great organization and great leaders within their company.

While starting a business, surviving those first several months until you get some traction and growing and scaling it are challenging. Focusing on the entire company and working diligently to truly understand all the functions can be the difference between a great idea that goes nowhere and a good idea that becomes something.

“Startup CXO” is available now and can be purchased via StartupNation.com.

The post Expert Advice for the 4 Million People Who Launched a Business in 2020 appeared first on StartupNation.

Earn some extra income by dropshipping through Amazon.

This Is Why It's Critical to Avoid Employee Misclassifications

When 90% of startups fail, acquiring one that has already proved it works might be a better option.

Harness the E-commerce Boom with This Shopify Course

Learn how to launch and grow a side hustle business on Shopify.

On today’s Business Beat, Jeff discusses the boom in businesses being started by women, with nearly 12.5 million women-led businesses...

How to Scale a Business Successfully in 4 Simple Steps

What Does Michigan Venture Capital Look Like Today? These 3 Business Moguls Discuss