From Employee to Owner: How I Bought My Business

by Deborah Sweeney
in Startup 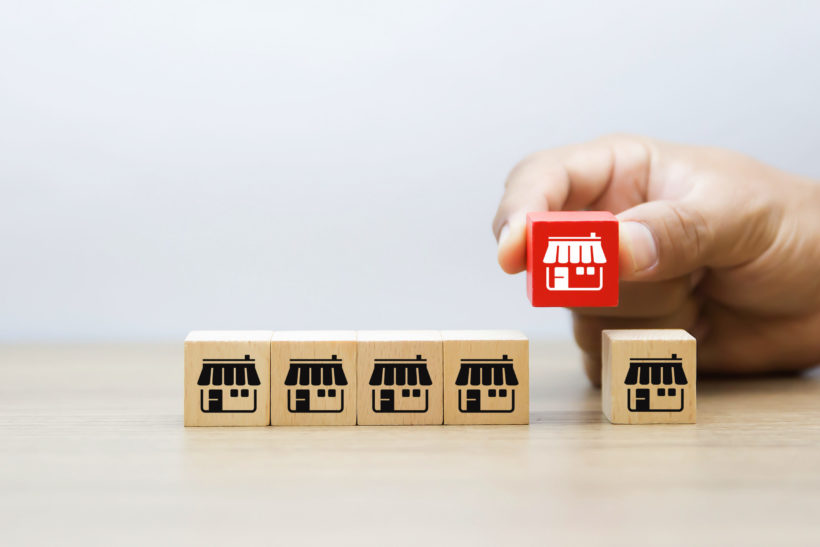 Every entrepreneur’s story is unique. Many individuals start off with a good idea. This idea allows them to create an offering or product that helps solve a problem facing customers. They acquire the necessary legal assets, including entity formations and tax IDs, so this idea may become a startup, launch, and open for business.

What about entrepreneurs that don’t start their business from scratch? It is possible to embrace entrepreneurship without starting a new business. For example, you may decide to invest in a franchise and enjoy the benefits that come with being a franchisee in an industry with brand name recognition. Or you may take the route I did and purchase an existing business.

This is my story of how I went from being a lawyer to buying a business and becoming a small business owner.

The journey to MyCorporation

I grew up in Southern California and graduated from Pepperdine University with a JD. Shortly after graduating from law school, I began working as a lawyer at a local law firm. In 2004, I left the firm to join Intuit as their in-house GM. I started to manage a division called MyCorporation, which assists entrepreneurs with incorporate and LLC formation filing services.

Four years later in 2008, the United States was in the grips of the Great Recession. Intuit was divesting small businesses. I was watching my division, MyCorporation, being negatively affected as less and less was invested in our marketing. The business was struggling to perform during the economic crisis.

As a leader, I was also struggling from anxiety. I felt worried all the time. I had left my previous role as an attorney for this position and had a family, including two sons, to support. What was going to happen to me, our employees, and to the business?

Related: 8 Ways to Avoid Burnout When Starting a New Business

MyCorporation, then and now, means a lot to me. In 2008, I was so invested in this business that I knew I could not sit there and watch it dissolve. I thought of the Thomas B. Smith quote “if it is to be, it’s up to me” and decided to take action.

I proposed the idea of buying out MyCorporation from Intuit semi-informally to my boss. Shortly thereafter, I was asked to put together a presentation on how MyCorporation could thrive outside of Intuit. I met and presented formally with Intuit leadership. Afterwards, I made my offer to purchase the business if they were interested in selling or divesting to me.

Meanwhile, my husband and I began strategically discussing what it might financially look like to buy out MyCorporation from Intuit. We decided to mortgage our home instead of taking out a loan and planned to bootstrap as much of the purchase possible.

Six months after the presentation, Intuit’s leadership came to me to suggest I present the options for divestiture. These options were to close the division, sell it to another company, or sell the business to me.

I could feel a path to entrepreneurship opening up before me. While I knew I needed to be as objective as possible, I wanted to buy this business more than anything. I believed in the company, its customers, the employee, and wanted nothing more than to receive the opportunity to grow and manage the business.

Were the risks great? Yes — the highest they had been in my life. But fortune favors the bold. If I worked hard alongside my team and kept a positive attitude, I knew I could do this.

I presented the leadership with more documentation about how I could lead this business to success. About a month later in 2009, Intuit called me. They offered to sell MyCorporation to me and make the owner.

Related: Franchise or New Business: Which is Right for You?

The initial transition from employee to business owner was not easy in the beginning. It was tough!

Overnight, I was responsible for all aspects of MyCorporation. I needed to rebrand the business to better define our company and mission. I rolled up my sleeves and got to work with our employees, learning how to hire new members of the staff and work alongside them. I was financially frugal for a long time, having gone from a great legal salary to bootstrapping every expense. And I was responsible for who I was as a leader, too. As time progressed and I was able to ease out of the early days of entrepreneurship, I learned how to balance patience with ownership. This helped me overcome challenges and enabled me to lead by being myself.

Today, we are still standing. Even better than standing, we are thriving and going strong. We’ve moved office locations and celebrated the milestones of our team members. We have also learned how to lift one another up and support each other through difficulties nobody could have predicted, like the 2018 Woolsey wildfire and the COVID-19 pandemic.

If I could do it all over again, would I be a business owner? Another enthusiastic yes! When I look back, I am filled with gratitude that I had the opportunity to buy this business and reshape my career narrative into a new, fulfilling direction. I am also humbled by the amount of trust that Intuit, and our team, had in me. Each person trusted I would run the company in a way that would benefit customers and employees.

One of the greatest bits of corporate wisdom I have learned is that if you focus on the customers, shareholders, and employees, things will be right. We continue to grow, and I believe it is due to my focus on respect for others, kindness, and freedom to let employees do their thing. Try it out — it works!

The post From Employee to Owner: How I Bought My Business appeared first on StartupNation.

From Idea to Company: The Venture Studio Way

This new model for entrepreneurship pairs founders with resources to build businesses from scratch.

These weird virtual creatures evolve their bodies to solve problems