Several years ago, startup advisor and mentor Mike Millard was hard at work on a resource website for startups in Austin, Texas, where he and his family live. When Millard’s daughter, Audrey, expressed curiosity about the project, it inspired the father/daughter duo to launch Pitch-a-Kid. The organization allows entrepreneurs to hone their pitches with kid judges and gives children a chance to ask questions and learn about business. Millard also works as managing director for MassChallenge Texas, a global accelerator program for startups.

We caught up with Millard to discuss why Pitch-a-Kid got started, how it benefits entrepreneurs and more.

The following conversation has been edited for clarity and brevity.

StartupNation: When and why did you start Pitch-a-Kid? 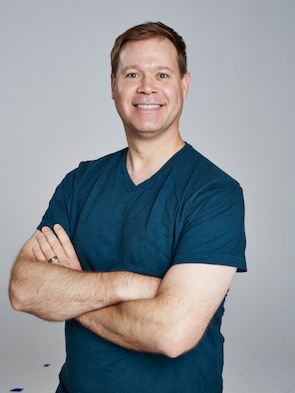 Mike Millard: We started planning it in 2015 and launched in 2016. My daughter, then age 7, had asked a lot of questions about some investments that I’d done in my previous life working in venture capital, and she just asked really good questions. Kids are interesting because there’s not a filter. They’re honest and don’t have any baggage.

That turned into me just thinking, “I wonder if I could pitch startups to kids, and they could learn about different technologies, and industries, and different roles?” It would be kind of like a Career Day on steroids. I tested it out with her friends in the neighborhood and they loved it. They kept saying, “Do it again, Mr. Millard, do it again!” We started doing events and now we’ve done I think 13 over the last few years.

StartupNation: It started in Austin, Texas, but you’ve since expanded, right?

Mike Millard: Yes, I had some mentors tell me to go to Houston, Denver, and San Antonio to try different areas to see if this wasn’t just an Austin phenomenon. We found out that there’s a lot of demand in other cities, as well. That was kind of nuts.

Related: How This Mini Mogul Built a Community of Young Entrepreneurs

StartupNation: Has this project informed your other work in the startup ecosystem? If so, how?

Mike Millard: I think what its really helped me with is (my role in) MassChallenge, to become a better communicator. I’ve learned that when I’m dealing with kids, you have to be pretty specific. Since I do the events and I do everything by myself, generally with my daughter, I’m learning that when we do events with my day job, I get a better sense of all the work that goes into it.

StartupNation: So, what goes into a Pitch-a-Kid event?

Mike Millard: We’re dealing with entrepreneurs, and they have a million things on their plate, so you’ve got to wrangle the entrepreneurs for one day and one time to go pitch to a bunch of kids, which seems like an easy thing to do. But entrepreneurs are usually very busy folks and have a lot of commitments, so we’ve got to get six entrepreneurs and six kids in a space. Then it’s just making sure that we’ve got the marketing to let people know that they can come watch the event.

StartupNation: What are some of the benefits to the entrepreneurs who participate?

Mike Millard: Sometimes we get some prize money. It’s not a lot, but a little something. They really get a sense for how well they’re communicating, because the kids evaluate them on their business model, their value proposition, the market they seek, the vision and team that they have. If they want, I give them the scores from the kids, so if they see that nobody understood their business model, it probably means they didn’t really explain it. It helps them in a low-risk way to present and get feedback. The kids don’t have any preconceptions. They’re just really honest. A lot of the entrepreneurs just love the fact that the kids are so eager. It’s fun for them.

StartupNation: Do you think your daughter will become an entrepreneur? Any tips on raising entrepreneurial kids?

Mike Millard: I think she probably will do something entrepreneurial. I can see her starting her own business someday mainly because she likes making decisions and being in charge. I think it’s great to include kids. I always ask Audrey questions like, “How would you do that?” Or, “How would you solve for that?” When she says, “I want money,” I say, “Well, what are you going to do to get that money?” It could be chores, it could be dog-sitting, it could be babysitting. Whatever it is, I let her figure things out. The process seems to be working.

The post How Pitch-a-Kid Connects Curious Kids and Entrepreneurs appeared first on StartupNation.

A 19-year-old entrepreneur breaks down what it takes to find success.

Whether you're doing this as a side gig, or working with enterprise-level organizations, you'll leave with clear tactic-level guidance.

How to Build a Chatbot for Your Business

Chatbots bring ease and efficiency to your customers and your business.