There’s no denying that venture-backed companies located in big cities tend to get noticed. But Michael Glauser, a business professor and consultant, realized that so-called “Main Street entrepreneurs,” or those businesses located in smaller towns that are a staple of their communities, represent a largely unsung segment of America’s landscape.

People Buy the Why

Glauser biked 4,000 miles, from the coast of Oregon to Virginia, to meet over 100 of these entrepreneurs in order to document their stories. The experience resulted in his book, “Main Street Entrepreneur: Build Your Dream Company Doing What You Love Where You Live.”

With Small Business Saturday quickly approaching, we talked to Glauser about how Main Street entrepreneurship continues to thrive, what drives these founders, and more.

The following conversation has been edited for clarity and brevity.

StartupNation: What inspired you to take a cross-country bicycle trip interviewing Main Street entrepreneurs along the way? 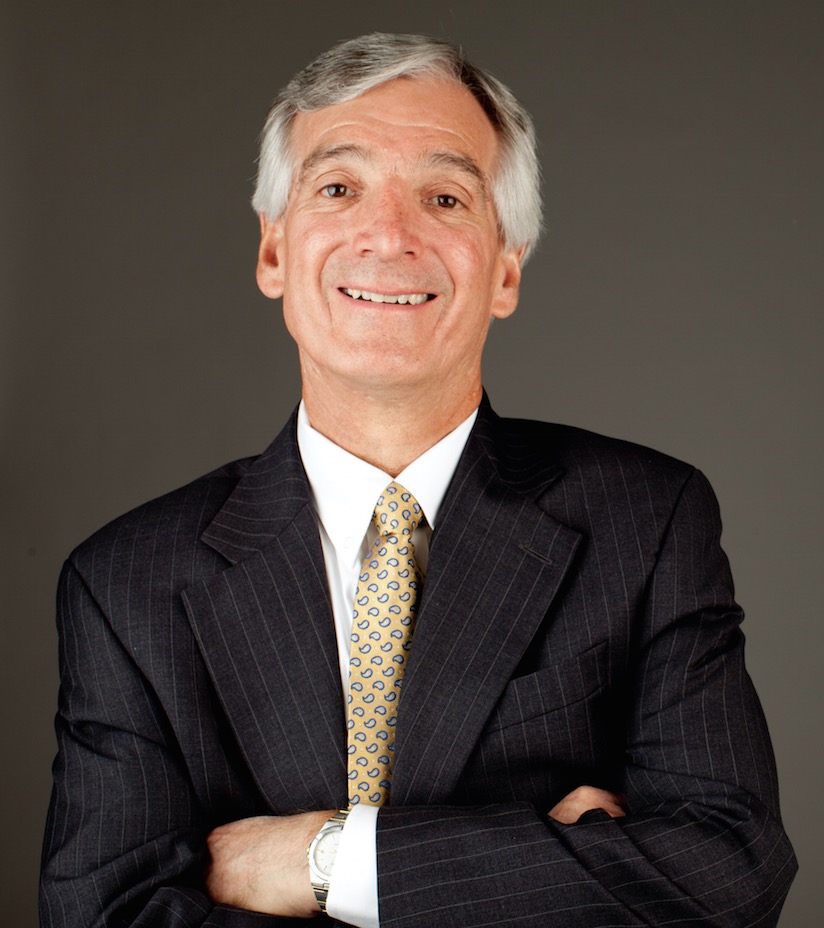 Michael Glauser: There were two reasons we took that bicycle ride across America. The first one was the changing job landscape for our students at universities around the country. With the rapid acceleration of technology, jobs are being eliminated in pretty much every industry at a record pace. We’re seeing artificial intelligence delivery drones, smart cars, robotics, and jobs are changing.

In fact, there was a study done by Oxford University, in which they predict that 47 percent of our current occupations are at risk of computerization. So, we were concerned about what should we be teaching our students.

Ninety-nine percent of our businesses in the U.S. are small companies, and only one percent of them ever get venture backing. Only about 10 percent of those ever go public. We figured we just need to cater to the kinds of companies people truly build across America.

We thought people who were creating jobs in places where there are no jobs would be the best role models for us to learn how it’s done. So that’s why we decided to ride our bikes across America.

We thought, “If you’re going to study big corporations, you fly on airplanes and you visit chain hotels and chain restaurants; but if you want to find the smaller businesses in America, you go slow.” And we just thought it’d be really fun to do.

StartupNation: What were some of the commonalities between the entrepreneurs that you talked to?

Michael Glauser: One of the things we noticed was that they were very purpose-driven. Not a single person out of 100 people mentioned money as the main driver or motivator.

Another thing we noticed is that they all had some type of experience in the industry in which they were starting their business. About a third of them had worked in the industry. They actually had held jobs in their industry and saw the problems that existed first-hand.

Another third had worked in a related industry and knew the problem existed. But another third of them were what I call “user entrepreneurs.” They had not worked in the industry, but they were very serious and frequent consumers of the product. They knew what companies were making the product, which ones worked, which ones didn’t work, and they couldn’t find the solution that they were looking for with the existing products in the market. They knew the industry from the consumer’s perspective.

They were very good at maximizing resources other than money. They were excellent bootstrappers. They would create really quick, low-cost prototypes, enter the market, and then focus on sales to create cash flow. They’d make a few, sell a few, learn a lot and then iterate.

They were also really good at finding mentors. They recognized that they had some skills and lacked others, and they’d go find people who were willing to help them jumpstart the venture. Their customer service was just absolutely phenomenal, because if they didn’t provide fabulous, impressive service, they wouldn’t survive.

One thing that really surprised us was that these entrepreneurs were really heavily involved in giving back to their communities. What we heard was, “I never dreamed this business could be this successful, and this community helped to get where I wanted to be, so I want to give back.”

They were teaching in high schools, they were donating to nonprofits. They were doing all kinds of fun things in their community, to basically give back to the people who had helped them grow that business.

StartupNation: Was there anything else that surprised you?

Michael Glauser: This is the first time we really did a search for innovative companies in smaller towns. We were surprised by how many there are, how many people there are out there that are building really fun, exciting little companies in towns that they really want to live in. There’s less pollution, there’s less traffic, there’s less crime. And they’re building these incredible companies and using technology to create national and even international distribution.

They don’t get recognition, but they’re doing great things. One company (we visited was) a blacksmith’s shop, and they do projects for construction companies and builders. But to stabilize their revenue stream, they also build really beautiful products for homes, like doorknobs and towel hangers. They sell those all across the country online, so that their revenue flow is really pretty steady. We saw a lot of really neat companies that most of us don’t even know are out there.

StartupNation: Small Business Saturday is coming up. How are initiatives such as this one beneficial to Main Street entrepreneurs?

We’re kind of experiencing a throwback where this high-tech world is leading to a desire for high touch. People want to know their local vendor, know their butcher and their baker. They want to go into a bookstore and feel like they’re part of a community.

That’s a real advantage to entrepreneurs today. Anything we can do to create this attitude that we need to support our local businesses, like Small Business Saturday, I think is very positive.

In a lot of the surveys that we’ve seen, people trust small businesses more. They would like to deal with small businesses. If the products are as good and the prices are comparable, they’d prefer to buy locally.

“Main Street Entrepreneur: Build Your Dream Company Doing What You Love Where You Live” is available now wherever books are sold and can be purchased via StartupNation.com.

The post Main Street Entrepreneurship is Thriving: Here’s Why appeared first on StartupNation.

People Buy the Why

The CEO of 4Ocean, a company that sells bracelets made from recycled materials, talks about how his company has created...

9 Reasons to Start an Online Side Hustle in 2020

A side hustle can be a low-cost and high-reward option to supplement your income.

Building an Ecommerce Website: 8 Technical Aspects You Need to Know

Deploying e-commerce software can be easy or difficult depending on your needs. But these days, it's also critical to most...

Airline passengers rank Detroit Metropolitan Wayne County Airport as the best mega airport in North America, according to a new...

7 Books for Shifting Your Perspective On Success

7 Books for Shifting Your Perspective On Success

How to Find Any Business Email Address