The Venture Capital Diversity Gap and Why It Matters

by Diane Yoo
in Startup 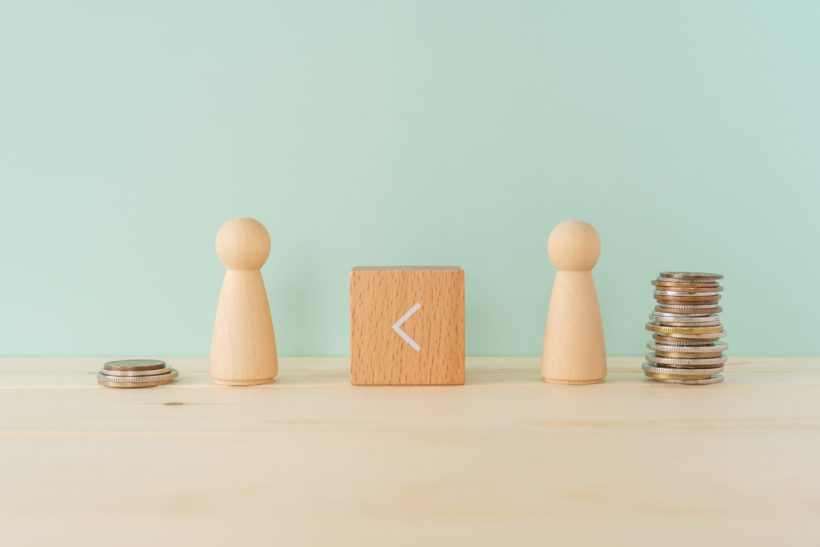 Despite the growth in awarded venture capital (VC) funds, a staggering disparity remains between the amount of total VC funds invested in entrepreneurs and the portion of those funds invested in ventures founded and/or led by women—particularly women of color.

The dream of virtually every entrepreneur, regardless of their innovation or industry, is to land a successful investment for their venture. Withstanding the onset of a global pandemic, VC investments have grown by roughly 15% globally to nearly $260 billion in 2020 compared to the previous year, with VC investments in the United States alone reaching a record high of roughly $130 billion in that same period.

I am no stranger to this gender gap within the VC space. As a second-generation Korean American woman and the daughter of immigrant parents, I’ve experienced and witnessed the discrimination and prejudice faced by many diverse women and minorities who come from underserved communities.

Those experiences are what have helped forge my trailblazing impact within the realm of VC, as well as the driving force behind my work to help other diverse and underserved women succeed in their own entrepreneurial passions.

Creating opportunities for women and minorities to grow

Like many BIPOC women born to immigrant parents, my story begins with my family’s own entrepreneurial resilience. As a child, I had to share a one-bedroom apartment with my brothers and my parents. At any given time, we would juggle five jobs between us to support the family. Living and growing up in a predominantly white Texas neighborhood brought with it a plethora of identity struggles and bullying not only to me and my brothers, but our parents as well—both in and outside of their workplaces.

My father would eat salt cubes just to keep up with all the manual labor while enduring racial discrimination and fighting off bullies as he worked just so he could keep a roof over his family’s head.

Diane Yoo’s life experiences are the driving force behind her work to help other diverse and underserved women succeed in their own entrepreneurial passions.

Despite these struggles, I recognized and quickly came to admire the humility my family showed, meeting the adversity and challenges they faced with raw grit and an unwavering drive to keep pushing forward no matter what tried to block their path. This is what helped instill within me a relentless mindset for growth and success.

However, it wasn’t until I became an exchange student in Korea one summer that I would truly come to appreciate the impact and importance of diversity and inclusion as an entrepreneur.

When I was an exchange student in Korea, it was the first time I felt like I belonged. That summer was eye-opening. I looked around and everyone I saw, met and spoke to looked like me … I finally felt a sigh of relief for the first time.

That summer sparked a revelation that would ignite my passion for entrepreneurship. This passion was one that I  would foster and come to utilize within the VC space in order to support women from diverse and underserved backgrounds and communities so that they wouldn’t hesitate in the face of opportunities out of fear of not feeling like they belonged.

As an Asian-American woman with a diverse investment portfolio, I have not only come to more deeply understand the disparities in funding opportunities for women and BIPOC, but also to appreciate the use of funding as a gateway for success. In providing and unlocking funding opportunities for these demographics, I’ve  invested in diverse talent in order to better help propel women and minority entrepreneurs to develop their innovations to help underserved communities and foster long-term social and economic success.

Over the past 15 years, I have invested in more than 35 companies with diverse and underserved founders. Along with founding multiple angel investment networks and venture funds, my experience in the world of VC has allowed me to work with hundreds of global companies to inject millions of dollars of capital into the startup ecosystem. I’ve created 15 funds in the last year alone.

Furthermore, my VC expertise has helped launch venture funds for more than a dozen universities throughout the United States. These include my role as cofounder of Global She Ventures, an accelerator in partnership with Rice University to catalyze global women entrepreneurs, as well as acting as both a mentor and judge to Rice University’s Business Plan Challenge, 48 Hour Accelerator, Gener8tor, Brandery, and Mass Challenge.

Although the total dollar amount of VC funding invested into entrepreneurial ventures nearly quadrupled between 2010 and 2019, with ventures founded and led by women growing some 40% according to Harvard Business Review, the rate of women and minority women receiving VC funds has hardly grown since 2012.

To add to this, women and BIPOC women are still widely underrepresented within the realm of VC investors. In July 2020, MIT’s Technology Review reported that nearly two-thirds of all VC firms have no female partners, and that women accounted for barely more than 10% of leaders and decision-makers at VC firms in the United States. For Asian women, this statistic is even more disparaging, with hardly more than 1% of general partner roles at all VC firms within the United States being filled by Asian women, one of whom is Yoo.

With such a staunch lack of diversity within the VC industry, it’s no surprise that many VC firms are unable to identify opportunities for venture investments created, founded or led by women and BIPOC women—opportunities that my expertise as an entrepreneur, investor and member of that 1% GP statistic perfectly positions her to address.

The post The Venture Capital Diversity Gap and Why It Matters appeared first on StartupNation.

Learn how you can fund your primary hustle with your side hustle.

Setting a strategy and choosing the right visa are critical for immigrants starting businesses in the U.S.

Why uncertain times, such as the one we're living in now, can be fuel for startup success.

Epic Investor Fail: Why These Entrepreneurs Got Thrown Out Of Our Boardroom

How to Conquer Your Fear of Starting a Business

It's all about finding the courage to take the first step.